Parnassus: the mountain behind the temple of Delphi in Greece, and the home of Apollo and the Muses.

Parnassus the company specializes in consulting and contracting using Embarcadero Delphi and C++ Builder, and writing tools for Delphi and C++ users.  It’s owned by David Millington, an Australian developer.

If you have trouble finding experienced Delphi developers, or need a developer experienced in both old and new versions of Delphi, we can help.

We’re also expanding to write small IDE plugins for the Delphi and C++ Builder IDE – mostly from a sense of, in day-to-day usage of the IDE, things that are lacking or need to be fixed.  These are low-cost additions to expand the IDE features, fix IDE bugs, or bring feature-parity between the Delphi IDE and other common tools. 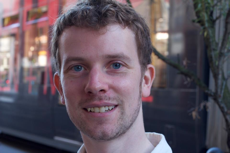 Parnassus is a small company, run by David Millington, an Australian developer living in Europe. He’s used Delphi since Turbo Pascal times, and C++ Builder for the past eight years.  He has also used pure C, Objective C, Java, PHP and other languages for a wide range of purposes, and has worked on everything from kernel drivers to autonomous underwater vehicle control interfaces, data processing and data visualisation to multithreaded big-data calculation algorithm graphs, to more general skills such as application architecture, UI design, code upgrades, and so forth.  If you have an interesting problem, he may be able to help.